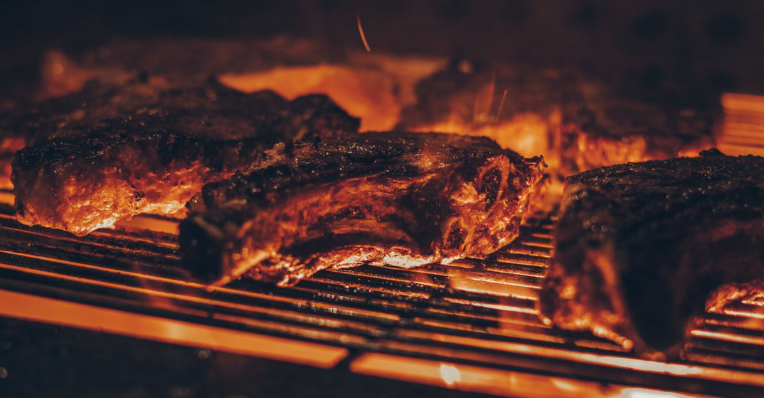 4 Meals You Must Try On The Barbecue

Grilled peppers can fit into any kind of meal, really. You could create a decadent meal by stuffing a pepper with cheese and heating it up over the grill.

Barbecuing can be considered something of an American pastime. The United States is full of BBQ restaurants -- and it seems that each region has a different approach to BBQ that local residents are protective of. Insulting someone's homemade BBQ sauce could easily be seen as an affront to their good name!

Of course, the popularity of BBQ means that plenty of people learn to grill and smoke on their own. Grilling for friends and family opens up a whole new host of party ideas. Barbecuing is something of a classic traditions for countless Americans on holidays like Labor Day, Memorial Day, and of course, Independence Day. People tend to like hauling out the grill for other special occasions as well, as almost 51% of people have reported that birthdays are the ideal time for a barbecue.

But maybe you don't want to focus your grilling extravaganza on the typical approaches, like hot dogs and simple hamburgers. Maybe you want to try out something a bit different. Fortunately, BBQ stores offer a wide variety of different supplies that can literally spice up the way you grill -- like different BBQ seasonings and BBQ hot sauces. If you're looking to get truly creative, the different types of BBQ grills themselves can yield exciting results. Let's fire up the grill and see what you can do to get the most out of barbecuing with these four meal ideas!

While most of us think of pork, beef, and chicken as the types of meat people throw on the grill, seafood also meshes perfectly with most of the grills you'll find at BBQ stores. A shrimp kebab is actually a classic barbecue meal in some countries-- you may be familiar with the stereotype of Australians "throwing shrimp on the Barbie." Shrimp kebabs themselves aren't revolutionary, but they can be accented with a variety of different flavors and seasonings that will make them more exciting. Try pairing them with lime or lemon juice, or perhaps mixing it up with some cilantro and garlic. Cumin and even a pinch of sugar can finish it off. If you're looking to get really creative you may even want to try a steak rub instead!

Although barbecuing is often associated with meat, you can definitely stick to vegetarian options when grilling. In fact, many BBQ stores offer vegetarian cookbooks to those who want to keep grilling even if they'd rather not cook meat anymore. Peaches are a bit of a step outside of the norm, but their sweetness pairs amazingly with the natural smoky flavors that come from using a grill. In fact, some BBQ sauces include peach as a main ingredient. In order to grill a peach, you'll want to slice it in half, removing the pit of course, and sear it so that the inner part of the peach gets grill marks. Pair this with some sort of topping, perhaps a syrup of some kind, as well as accents like pistachios. You'll love the results!

Grilled peppers can fit into any kind of meal, really. You could create a decadent meal by stuffing a pepper with cheese and heating it up over the grill. This can be a little messy, but if you're already picking up good grill cleaners from BBQ stores, you'll probably be prepared. On the other hand, you could get something that is a bit more breakfast friendly by cracking an egg in your open pepper. Bell peppers themselves are fairly mild which means that, much like shrimp, they tend to take on the flavors of the foods they're paired with. This makes them versatile vegetables!

You may not think of bread as something you can or should put on the grill. But if you control the temperatures carefully, you'll be able to roast not only the flatbread itself but its toppings. This will allow you to make a kind of pizza, with whatever kinds of toppings you'll want (vegetarian or otherwise). It's very similar to a typical pizza but made with the convenience of the grill.

A grill may seem to be a one-trick pony at first, but ultimately you'd be surprised by how many different meals you can get out of it. Check out Brooskies Patio Propane and get started!